The Ninth Edition of the best-selling text, Pharmacy Practice and the Law goes beyond preparation for the board exam, helping students understand and critically analyze the law that governs both the profession and the products they distribute. The Ninth Edition continues to include the most up to date federal, legal, regulatory, policy developments, as well as new developments to various medical/pharmaceutical programs. Challenging, open-ended discussion questions and edited cases are included in every chapter to facilitate discussion and critical thinking. Critical issues are discussed in non-legal, easy-to-understand language. Pharmacy Practice and the Law, Ninth Edition is the most comprehensive and engaging resource for teaching the facts of federal pharmacy law and for encouraging critical thinking and analysis on the issues. 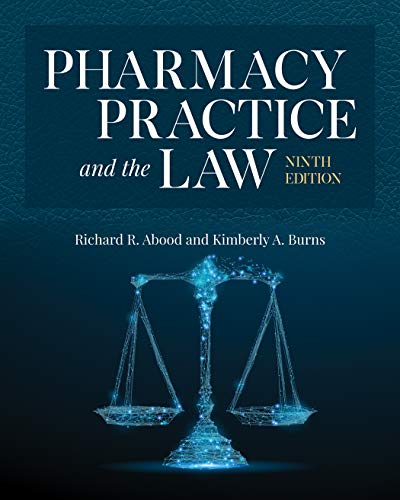 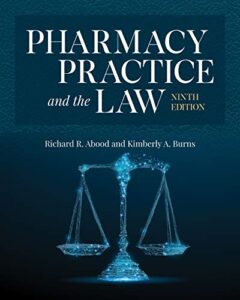 Richard Abood received a B.S. in Pharmacy from the University of Nebraska in Lincoln and a Juris Doctorate degree from the same institution. He has worked in both community and hospital pharmacy practice. He holds the title of Professor Emeritus in Pharmacy Practice at the University of the Pacific where he was Professor of Pharmacy Practice for 23 years. Previously he was Professor of Pharmacy Administration at the University of Wyoming and concurrently served for several years as the Executive Director and legal counsel for the Wyoming Pharmaceutical Association. Professor Abood has given numerous presentations and authored several publications in the areas of pharmacy and health care law.In 2000 the American Society for Pharmacy Law presented him the President’s Award for his cumulative achievements in pharmacy law. In 2002 the University of the Pacific awarded him the Eberhardt Teacher/Scholar Award, Pacific’s highest honor for excellence in combined teaching and scholarship. In 2013 Pacific presented him the Order of the Pacific, its highest honor for a career of distinguished teaching, scholarship, and service. Professor Abood has been active in several state and national pharmacy organizations. He has served as president and board member of the San Joaquin Pharmacists Association; and as president and board member of the American Society for Pharmacy Law. Professor Abood has regularly served as a consultant on pharmacy law issues to law firms, state and federal governments, and pharmacy organizations.