This book is a thoughtful and perceptive overview of the development of obstetrics and gynaenocology in Australia from the beginning of the twentieth century. It contains myriads of little known facts on the revolution in this discipline during the 20th century, which saw childbirth in Australia change from the dreadful, dangerous, and frightening experience of the 19th century into the cocooned safety of today where Australia is now the safest place in the world to bear a child. The author weaves his 60 year journey in obstetrics into the national narrative to provide a fascinating read. The reader will not only learn a great deal about the science and art of obstetrics, but also the personal issues faced by every conscientious obstetrician. Alan Hewson rose from a humble background to become one of the most influential doctors to have graduated with the first wave of those admitted to Sydney University post-WWII. He achieved national prominence in both his own discipline of obstetrics and the wider medical community. His career included not only obstetrics and gynaecology, but many aspects of formal education, medical politics, and third world medicine, administration, and nursing education. Also included are 159 photos and diagrams. *** “This is the first book that documents the development of obstetrics and gynaecology in Australia, and the socio-cultural, political, legal and economic contexts which influenced such development. It not only focuses on the medical discipline but also includes the development of the midwifery discipline and the importance of inter-professional collaboration, due to the author’s energetic research and lively writing. It should be required reading for medical, midwifery and nursing students, those interested in obstetrics and gynaecology, and anyone wishing to understand the positive transformation of care for expectant mothers in the 20th century.” –Professor Sally Chan, PhD, RN, FAAN, Dean of School, Nursing and Midwifery, University of Newcastle *** “an impressively informative and exceptionally well presented historical study that is unreservedly recommended for community and academic library Health & Medicine collections and supplemental studies reading lists.” –The Midwest Book Review, Library Bookwatch, The Health/Medicine Shelf, April 2018 [Subject: Health, Women’s Medicine, Obstetrics, Medical History, Australian Studies]

Brand: Obstetrics and Gynaecology
in stock

Tragedy, Trials and Triumphs Obstetrics and Gynaecology in Australia in the Twentieth Century by Alan Donald Hewson (Author) 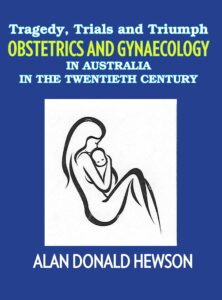 OTHER PDF & CME VIDEOS YOU MAY REVIEW

← The Law and Medicine: Friend or Nemesis? 1st Edition Oxford Handbook of Medical Ethics and Law (Oxford Medical Handbooks) →
Have a coupon of © Tragedy, Trials and Triumphs Obstetrics and Gynaecology in Australia in the Twentieth Century Redeem it below and save an extra 20%. Terms and Conditions apply. Metamask

REQUEST MORE DETAILS OF ® Tragedy, Trials and Triumphs Obstetrics and Gynaecology in Australia in the Twentieth Century